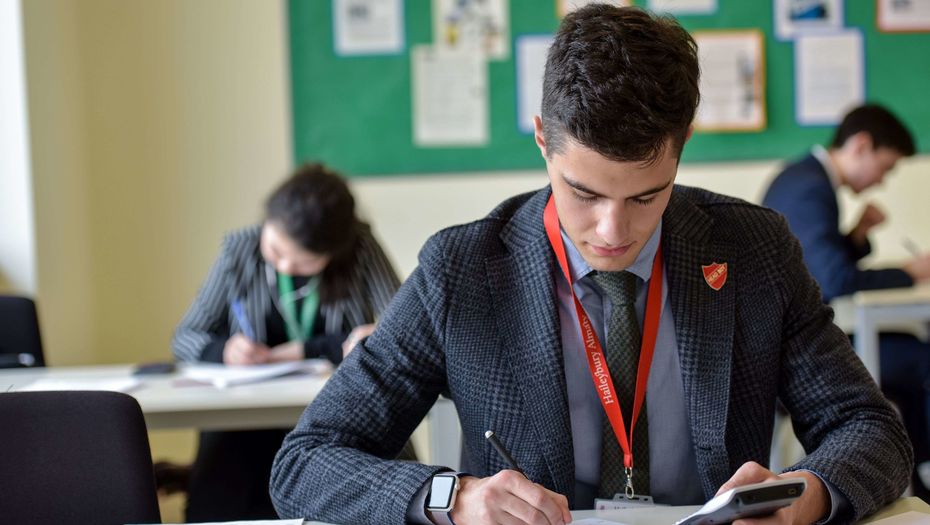 Advanced Level General Certificates of Education (GCEs), better known as A Levels, are the most popular qualification for entry to universities in the UK. They are also accepted and valued by American, European, Canadian and Australian universities, and universities in countries throughout the world. The vast majority of British pupils, and many international school pupils, enter universities around the world having completed A Levels. The qualification is widely acknowledged as evidence of high academic achievement.

A Level are studied over a two-year period, with examinations either taken at the end of each year or at the end of the course. Pupils at Haileybury Almaty take three subjects (in some cases four), which give them the opportunity to enter the best universities in the world. A Level grades range from A* to E.

David has assisted graduating Haileybury Almaty students with their applications to US universities. In 2017-2018, students submitted over 110 unique applications to over 64 US universities, including Harvard, Yale, Columbia, MIT, UC Berkeley, Stanford, and other top learning institutions. David is also establishing university guidance programs that extend into the younger years, stressing university selection, career guidance, and SAT/essay writing preparation.

We would be delighted to answer any questions you may have regarding an application to Haileybury Almaty.