Shyngys Bilyalov took part in "Year of of Youth" ceremony

Last Wednesday, in Astana, the President of the Republic of Kazakhstan solemnly opened the Year of Youth. The opening ceremony called “Generation of Independence” was held in the “Nur Alem” pavilion.

The brightest representatives of young people who have achieved success in various fields were invited to the ceremony: entrepreneurs, scientists, athletes, military personnel, talented pupils from all regions of Kazakhstan.

We are very proud our pupil Shyngys was among the guests of the ceremony. He was invited to this meeting by President Nursultan Nazarbayev himself in order to represent Haileybury Almaty!

Congratulations to Shyngys for  his achievements and recognition! We wish you further  success in the future! 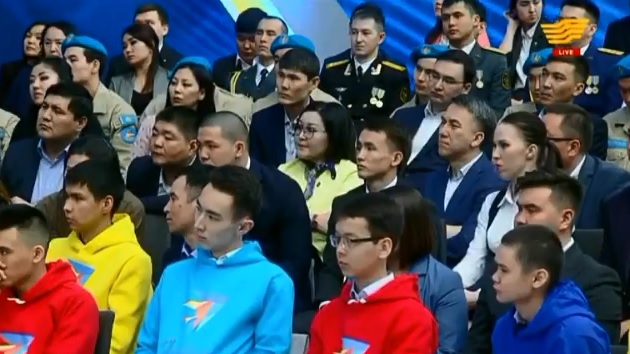