Well done!
Alua and Adiya received a certificate signed by: 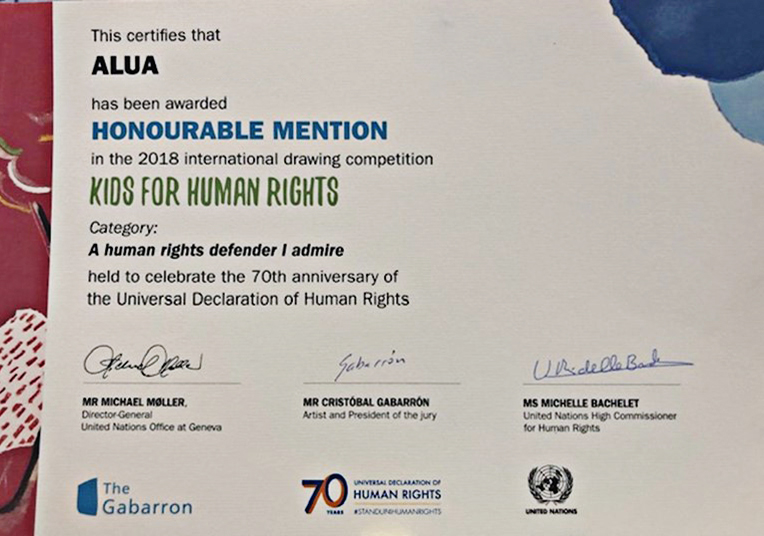 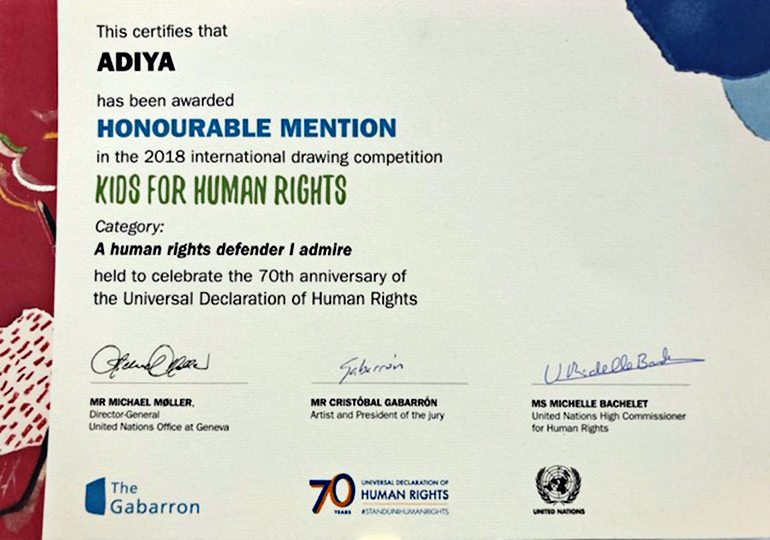 Their artwork was exhibited in the Geneva and Brussels United Nations offices from Dec. 2018- Jan. 2019, and is now at a permanent exhibition at the Gabarron Contemporary children's Art Museum in Spain.

Over 17,000 people entered from schools across the world so it was a highly selective competition!

As well as the certificate they received a letter from the United Nations Offices in Geneva which stated:

“This certificate is not only a reward, but also a recognition of your great skills and talent….from Geneva, home of the Human Rights Council, I hope that children all over the world will continue to reflect on people’s human rights, and grow to defend and promote them for years to come”

Alua chose to celebrate Anne Hathaway. She is one of the highest paid actresses, but she uses her fame to publically promote equality and opportunities for others.

Nadia is an Iraqi human rights activist who lives in Germany. In 2014 she was kidnapped from  her hometown Kocho and was held by the Islamic State for three months.

She won the award for bravely campaigning to end the use of Sexual violence as a weapon of war. 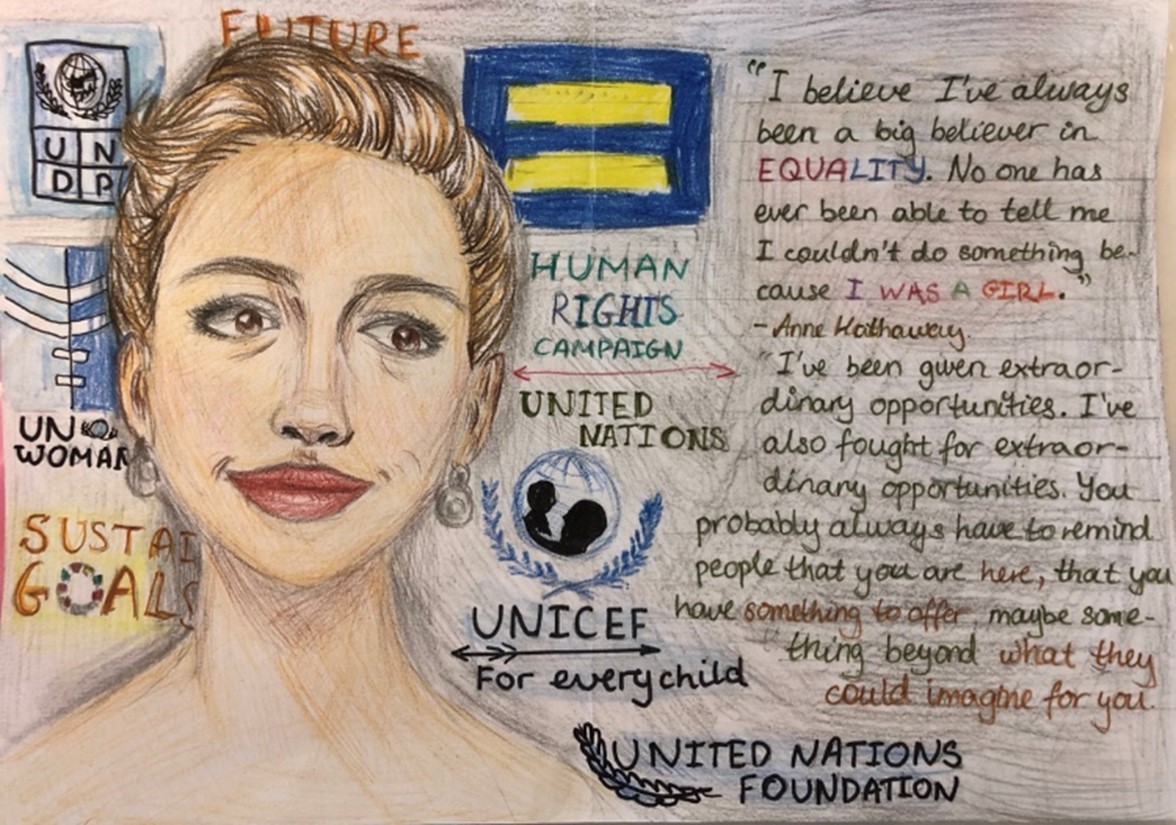 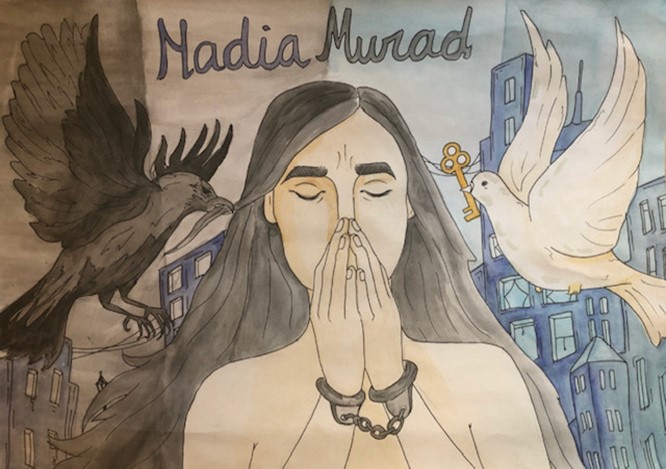 Both pupils showed outstanding Art talent, and developed a powerful message in their Art through showing compassion for others. 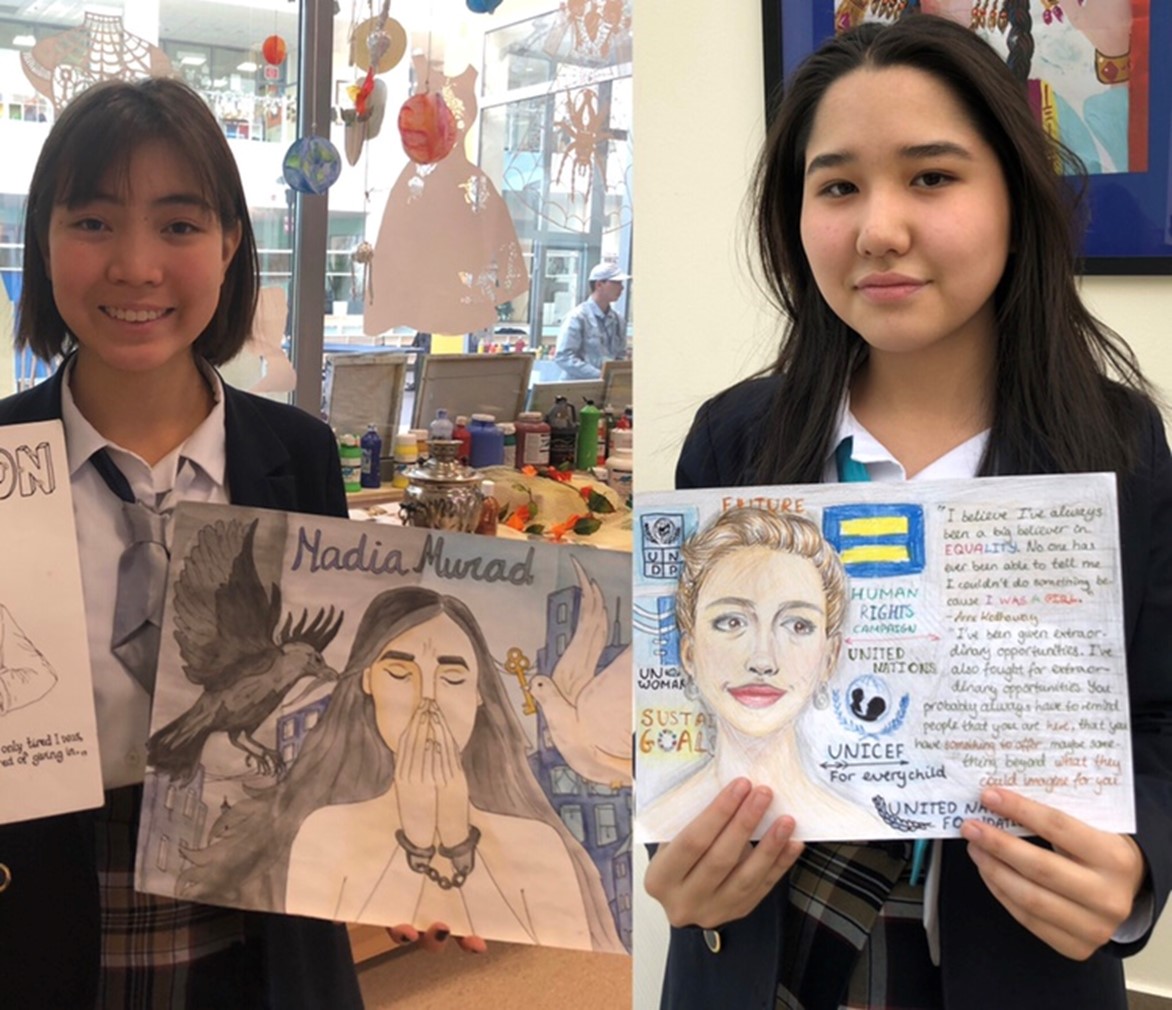