On Tuesday 4th December our Year 12 students were officially presented with their IGCSE exams certificates. The ceremony was attended by parents and staff. This ceremony was in recognition of two year's hard work and a celebration of their achievements. We are extremely proud of our second IGCSE cohort and we would like to take this opportunity to wish them the best of luck for Year 12.

In addition to the IGCSE certificates being handed out, the evening also saw a 'changing of the guard'. Our Year 13 Honorary Scholars attended the ceremony to hand out medals to the new Year 12 Honorary Scholars:

The Honorary Scholars were selected for their contribution to the IB so far and for exhibiting many traits from the IB Learner Profile. They have shown themselves to embody the Learner Profile and have fully embraced the IB philosophy. The five Year 12s that accepted the awards now have the responsibility to lead by example, as the Year 13s did before them.

Haileybury Astana is very proud of all  the achievements that were celebrated, and we would like to thank our parents for their support on the day but also for their continued support of the IB programme at Haileybury Astana. All candidates who left the school will be contacted, and their Certificates will be dispatched to them. 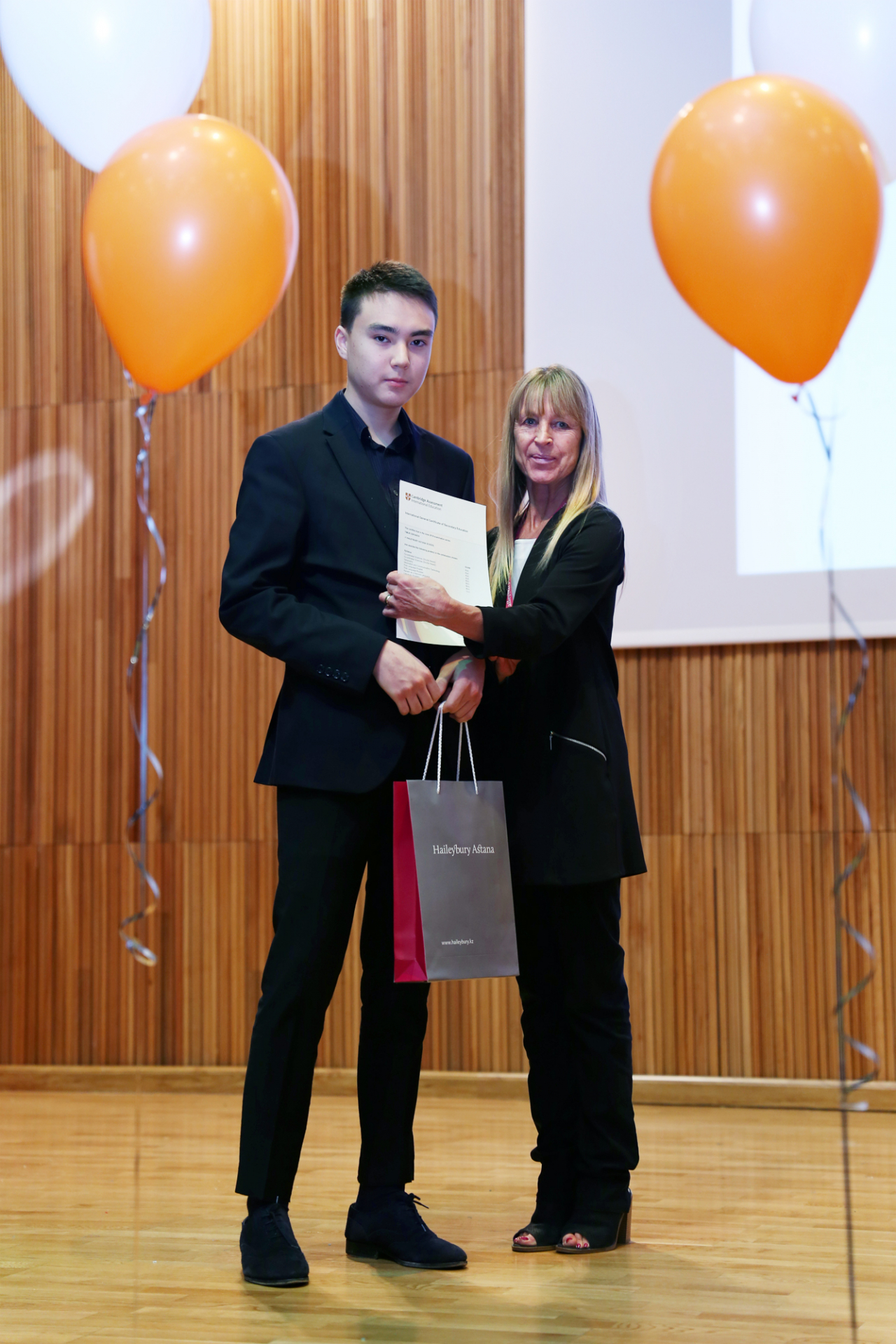