The moment of Glory: Congratulations to Karina Tukanova, UCL Graduate

“A life-changing moment” – quite a dramatic expression, isn’t it? In reality though, it is often an ordinary thing that just happens to set in motion a chain of events that you eventually come to think of as “life-changing.” For me, that was in Spring 2014 when I first entered the light-filled hallway of Haileybury Almaty to participate in English Olympiad. Little did I know that, fast forward five years, I will be sitting in an old university library, filled with the world’s greatest knowledge and minds, finishing my dissertation in Comparative Literature, not feeling quite sure what the future holds but ready to embark on the chaotic journey of adulthood. All thanks to that ordinary, uneventful Spring day.

In a few years, I will probably look back at my time at UCL in the same way, trying to pinpoint that one day that turned it all upside down, but for now, they have all merged into a one whole amalgam of emotions, memories, and stories. I would be lying if I said that these three years were pure joy, fun, and excitement, let alone “the best years of my life.” What they were though, is an invaluable lesson – not only an academic but also a personal. A school of life.

In my first year at UCL, I have met with a challenge that I have never thought I would have to go through: feeling homesick, feeling lost. Always wanting to “break-out” and live that independent life, I imagined myself easily making this transition from high-school to university, but my over-enthusiasm proved me wrong. On a day-to-day basis, it was difficult juggling academic responsibilities with social activities and household chores, and even the smallest things like doing your laundry or figuring out what to make for lunch would throw me off. On a deeper level, I felt more connected to Kazakhstan, to my culture and roots, than I have ever been before, which left me feeling out of place and incomplete. Academically, the first few months were also a struggle. Even though I came in with a strong foundation from Haileybury education, the academic expectations and social pressures at university were so much higher than at A-levels, and making that leap was not an easy feat. I opened the marks for my first essay and saw a shameful 55, a 2:2 that was nowhere near the standards that I, and others, expected of myself. Even though all of this seems insignificant to me now, I am proud that I have managed to pull through these difficulties and find my steady ground. By the end of the first year, I was finishing with a confident 2:1, determined to make it a First in the second year.

As luck (or rather long hours in the library) would have it, I did finish with a high-First in my second year. At this time, I also discovered a passion that would eventually grow into a fully-fledged dissertation in my final year: cinema. I have always enjoyed watching films, but at UCL a whole new world of cinema criticism and aesthetics has engulfed me. As such, I took several film studies modules, diving deeper into my area of interest – feminism film criticism and Kazakh cinema. When faced with a choice of my dissertation topic in the final year, I have quickly settled on these areas of research since they have been often overlooked in the mainstream academia. I am very proud of the work that I have done on this, examining the representation of women during the Perestroika and early years of independence, and honoured to have made even if a tiny contribution to the field of Kazakh cinema.

On a separate note – and this is perhaps an experience that I cherish the most – the last three years have taught me that nothing comes on a silver platter. I knew that before, of course, but I have realised that I would need to work twice, thrice as hard as an international student to prove myself and achieve my goals. There is the bureaucratic side to it – immigration laws, visas, work restrictions – but what I found the most challenging is getting rid of the psychological barriers of always comparing yourself to others, always feeling as if I am not doing enough or thinking what others might be expecting of me. Finding what I enjoy doing and what I want to do in the nearer future has been a rocky journey and, if I am being honest, I still do not have a definitive answer. I started my first part-time job in my second year when I worked as a “Team Member” at an events space. I remember the job description sounded exciting, but in reality we just dragged chairs from one room to the other and made sure the clients had enough sticky notes for their meetings. Thankfully, it paid well, and along with my other job as a Senior Transition Mentor at UCL, I managed to partly support myself financially throughout the year, but as for the bigger career goals, I was still lost. 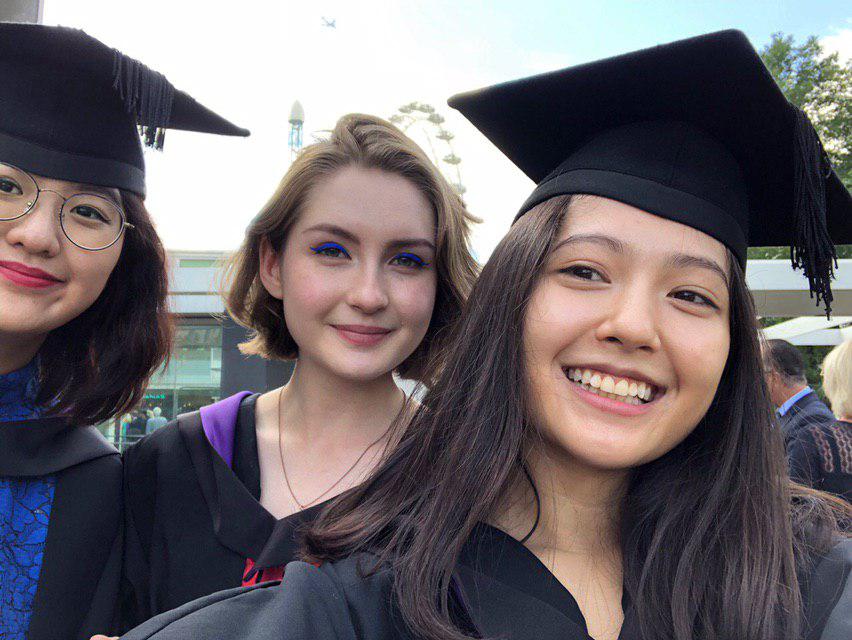 Later though, I have come to realise that I have fallen into the world of Marketing and Social Media without even knowing it. Being part of an online student-magazine that we started with my course mates in the common room of one of our dorms, I volunteered to manage the social media accounts and felt quite natural doing so. Attending UCL Open days and Welcome events as a guest speaker, I have felt comfortable sharing my experience as a student and coming up with ways to “sell” UCL to prospective undergraduates. Finally, after my month-long internship at Haileybury where I helped with the 10 years anniversary campaign, I have realised that Marketing is the area I most keen on exploring right now, which is why I concentrated my efforts this year on finding work in this field. I have worked with a start-up dating/social media app as their Marketing and Social Media Manager as well as began learning independently the fundamentals of marketing in the digital age, data handling, and social media strategies. I do think that these efforts have not been in vain – for almost a month now, I have been working full-time in a mobile-marketing agency as a Performance Marketing Analyst, and I could not be happier with the job and the team. It goes without saying that before I have secured this job, I had submitted countless applications, was left without a reply to hundreds of emails, and attended a number of interviews that all resulted in the same “Thank you for your time, but we will not be taking your application further” emails. As mentioned before, there is still the visa part that I am dealing with right now, which is why I have not yet announced this news officially (the superstitious part of me does not want to jinx it), but for now, I have at least found something that sparks my interest and motivates me to learn, grow, and explore.

“Who do you want to be when you grow up?” This question has bugged all of us at some point, hasn’t it? I still scratch my head at it, neither sure who I want to be nor when I will grow up. One thing I do know for sure though: that one Spring day more than five years ago was truly something extraordinary. 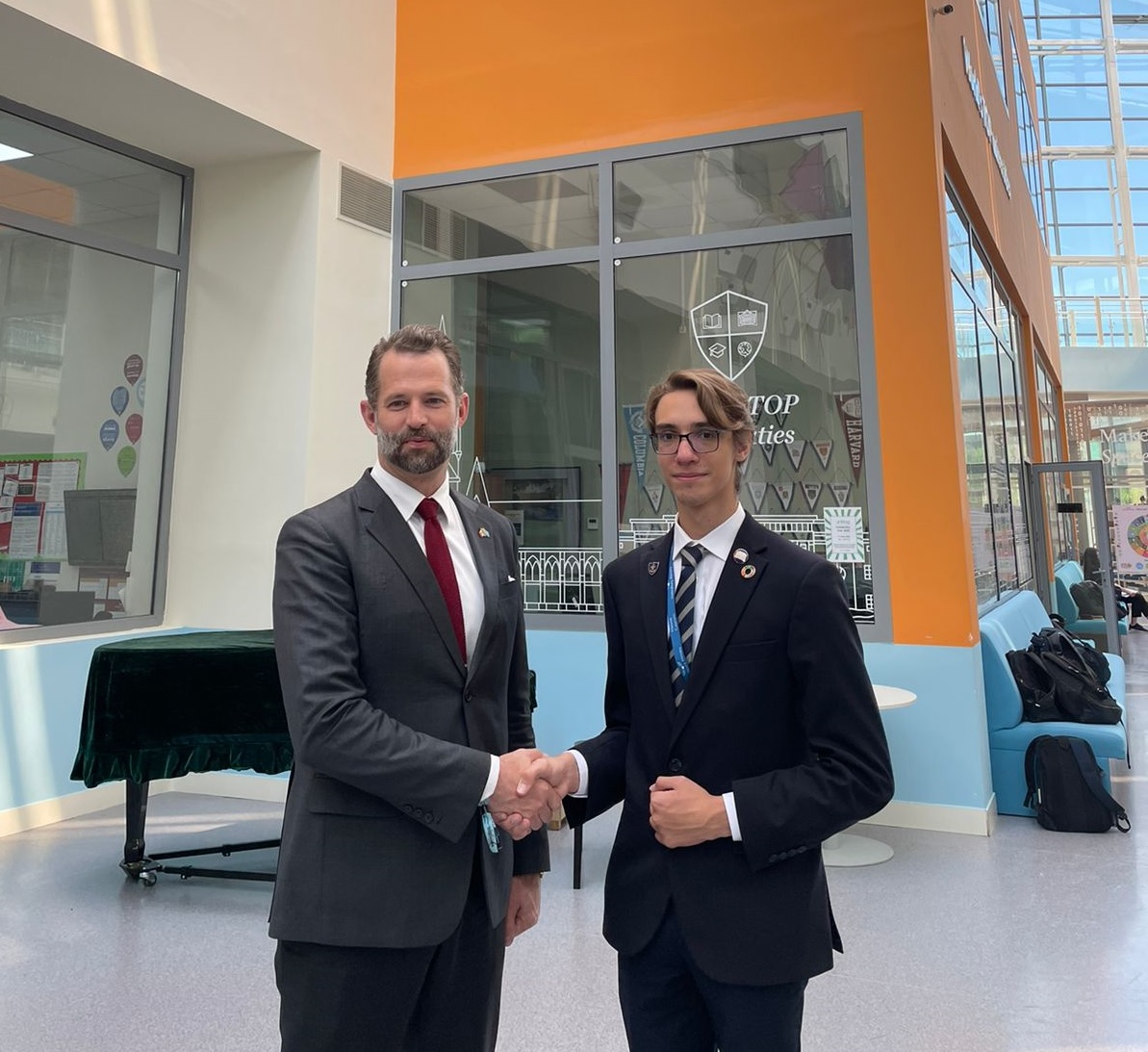