Daniyar, who has been a pupil at Haileybury Almaty from 2008  and who had been invited invited to an interview at Balliol College, Oxford to read PPE In December ,has been offered a place. This is a remarkable achievement as  Oxford University receives more than 26,000 applications from all over the world every year and only a small percentage of applicants are invited to interview. Applicants must demonstrate the highest academic and intellectual achievements as well as leadership qualities and have experience of their holistic development through co-curricular participation. Daniyar  being offerered a place to read PPE at Balliol College, Oxford will be joining  the ranks of former British prime ministers and other world leaders who studied here!

We wish Daniyar every success in his future career ! His success is well deserved as he has been an exemplary Haileyburian from 2008! 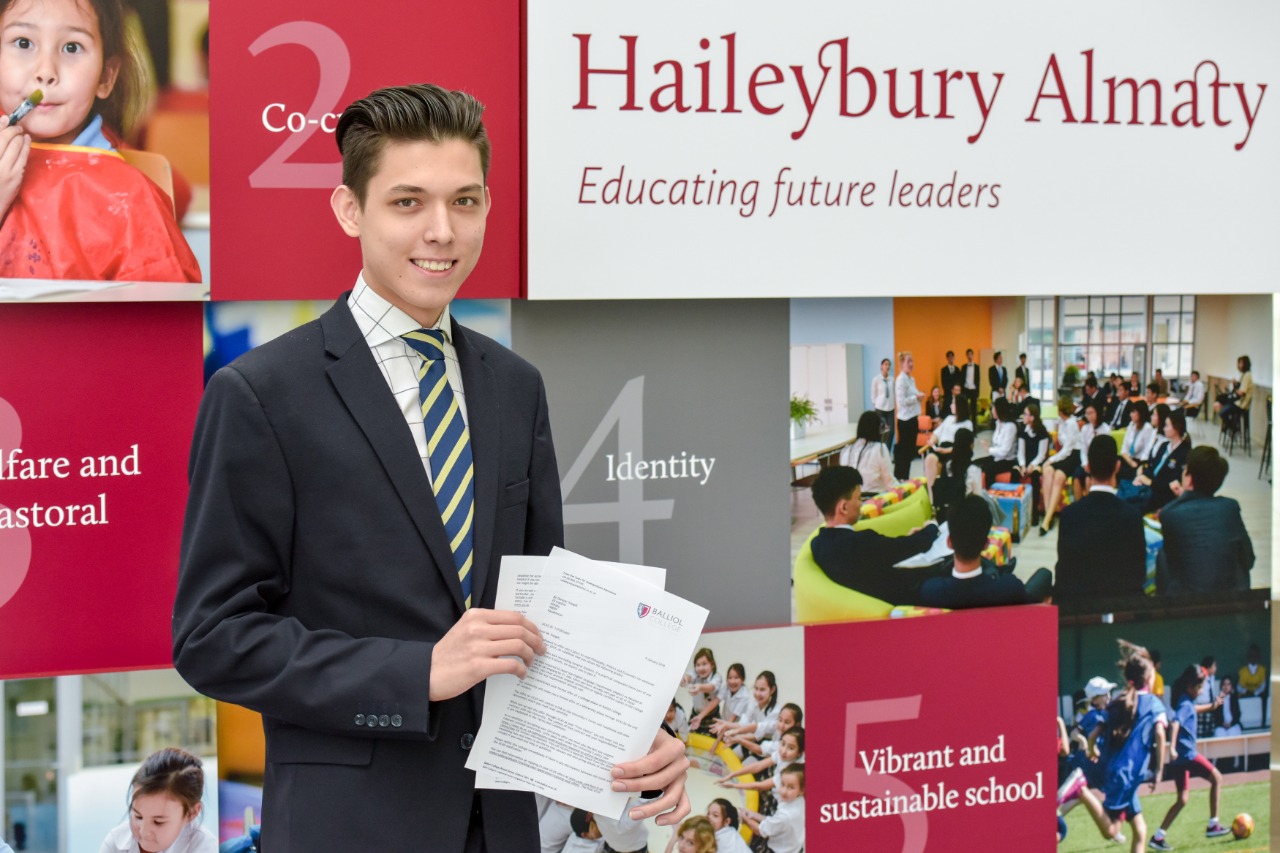