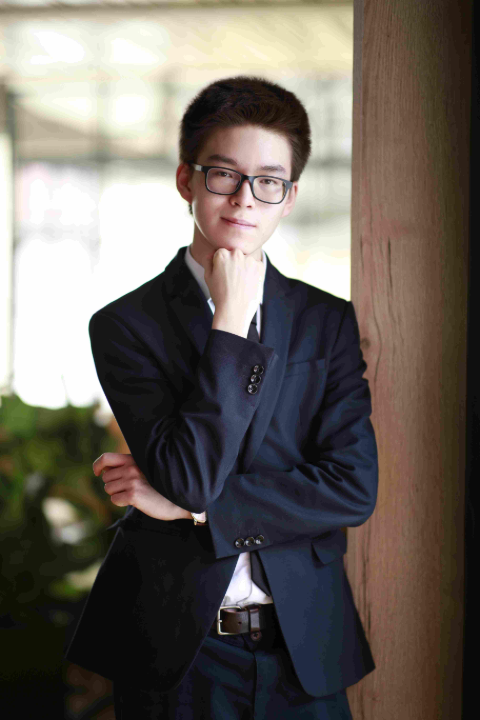 Haileybury Astana graduate Rauan Khangerey shared his success story with us. He extensively talked about his well-being doing online learning, shared his tips for meeting deadlines and gave advice on overcoming academic challenges.

In terms of wellbeing, I would say that I did fairly well considering the circumstances. It certainly could have been worse.

Having studies interrupted by the lockdown, then spending the autumn of my second year -- at a point where we were all scrambling to finish our Extended Essays and apply to universities - learning online made things difficult. Studying at home made me feel far too relaxed, making it difficult to take work seriously. I felt unmotivated and rather lonely. Afterwards, when we physically returned to school in January, it was hard to kick some of the more unhealthy habits that I developed while in quarantine. As a consequence, it took me far too long to get back into the swing of things, causing the few short months leading into the summer to feel that much more stressful. Panic started to build, and anxiety became a close confidant. That being said, I will have to thank my teachers for being calm and supportive. They helped me finish up my remaining coursework and reassured us that all would be fine. My classmates were rather helpful too; beyond studying and complaining together, the knowledge that we were all experiencing the same problems made us unite and form a closer bond as a cohort than if we had experienced no lockdown at all. We learned together, joked together, and procrastinated together.

Although towards the end of the school year, the uncertainty of whether exams would be cancelled or not made it difficult to focus on studying, I would say that through the guidance and support of both my teachers and classmates, I went through it all without feeling too much pressure. I never felt like I couldn't handle anything.

The IBDP is famous for its many deadlines; however, they truthfully aren't particularly unreasonable. Outside of homework and class projects, there aren't that many important deadlines. I personally only had nine, spread out over two years: three for the IB Core, and one for each subject's Internal Assessment. Yet for many of them, I barely managed to submit my assignments on time. I was too relaxed, too overconfident. Too lazy, in many cases. I

Yet, paradoxically, I often also was too hardworking. Not only did it take me too long to start my work, I frequently spent too much time and effort on even the simplest tasks. Whether it was me showing off, or being overly passionate, or taking things too seriously, it nevertheless made my assignments much more difficult to do and finish.

Consequently, the best advice that I can give upcoming IB students is to hone three skills: time management, organisation, and optimisation. These skills interlap, but I personally think it's worth distinguishing them from each other in my perspective. Time management is clear; it requires one to possess an awareness of how much time a certain task requires, and the will to form then adhere to a schedule that allows you to have enough time to finish all of your work on time without stressing yourself out. It is difficult but absolutely crucial. The second skill, organisation, applies both to deadlines and general learning. While it includes time management, it also involves being able to prioritise and break up your work in a way that makes it easier to understand and finish. I found that keeping my notes tidy, divided and categorised helped make material clearer and assignments less daunting to finish.

The final skill is one I struggled with. When it comes to the IB, what's more, important than knowing everything is being efficient. Effort and passion is good, yet it is often also wasteful and tiring. Considering that you have to pass six primary subjects, as well as write an Extended Essay and a Theory of Knowledge Essay, it is better to take a simple topic, then spend your energy investigating and writing about it, rather than take something grandiose and complicated then struggle to explain it. Keep it simple. This also means that it is important to know when to give up. If IB has taught me something, it is that the concept of 'never giving up' is a scam. Though certain battles are worth fighting for, there are times when it is better to save your time and energy. What you must do, however, is continue searching for a viable alternative. Find the path of least resistance.

When it comes to academic challenges, none come to mind that was harder to overcome than my difficulties with Higher Level Maths. During Year 12, I was struggling so much that I was advised to consider moving down to Standard Level. Here, I was faced with a problem: I needed Maths HL for the course that I wanted to pursue in university, yet I simply wasn't getting the marks, nor did I understand more than a quarter of what was happening in class.

It was the perfect opportunity to practice the skill of optimisation. Staying was a bit of a gamble. But I was sure of what I wanted to do in university, and in this situation, I determined that the best course of action was to fight. I had plenty of help from my teacher and classmates, of course; I studied alone and with friends, had moral support and could always come forward to my teacher if I had an issue. This is when I discovered my problems: enthusiasm and pride. I wasn't too fond of pure mathematics and was often too proud to admit when I needed help. Yet the easiest way to learn in a class is when you find a way to enjoy it, and so I did my best to connect and apply all of the concepts, problems and questions that we did in class to things that I did like. As for pride, the more comfortable I felt with my class, the less of an issue it became.

Though I will be the first to admit that much of why my Maths grade is as good as it is is due to my Internal Assessment, which could be passed as a Physics IA instead, I won't deny that my competency in the subject increased dramatically over the next year, to the point where I received a 7. Moreover, when I started to see improvements, I began applying things I learned to other subjects and did better in them as well.

The stress of mock exams

The January mock exams were a veritable disaster. Coming immediately after we finally came out of online learning, few of us were prepared to score well. Therefore, I would say that picking myself up after the mocks wasn't a challenge at all; the bar was set too low, and I was disappointed and annoyed to such an extent that I set about doing everything I could to improve. To future IB students, I must say this: beyond time management or optimisation, it is imperative that you find strong, meaningful motivation, and make that the foundation of your studies. It doesn't matter if that motivation is your dream university, or anger or even spite.

Choosing a university is a daunting prospect. There are so many universities to look into and a lot to consider. Hence, it is important to be in constant communication with your parents, friends, teachers, and university counsellor. It is difficult to do all the necessary research on your lonesome.

For me, I initially looked at universities that were strong in the field that I wanted to go into. After picking some based on acceptance rate and tuition fees (we're generally advised to pick in three categories: reach, fit, and safety), I focused on the universities located in the UK, since I've been interested in the country for several years now (Brexit did lead to a few moments of reconsideration, however). Also included in my list were a couple of universities in Canada and the US-based on possible scholarship opportunities. The final selection for the required five UK universities (as the British application system set that as a maximum) was judged based on research into the quality of life at the host cities and the general student experience at the universities themselves.

Though there wasn't a point in my time in the IBDP where I felt particularly powerless or overwhelmed, I found that the best things to do when faced with difficulty was to a) put things into perspective by considering my goal (getting the necessary grades for my course) and my experience so far; b) take a brief break then return to the problem with a refreshed mindset; and c) spend time with classmates. The third option was usually the most effective one. My classmates were generally quite encouraging and supportive, and helped me find a solution whenever they could. There are always people going through the same situation as you, and that idea is always quite comforting. 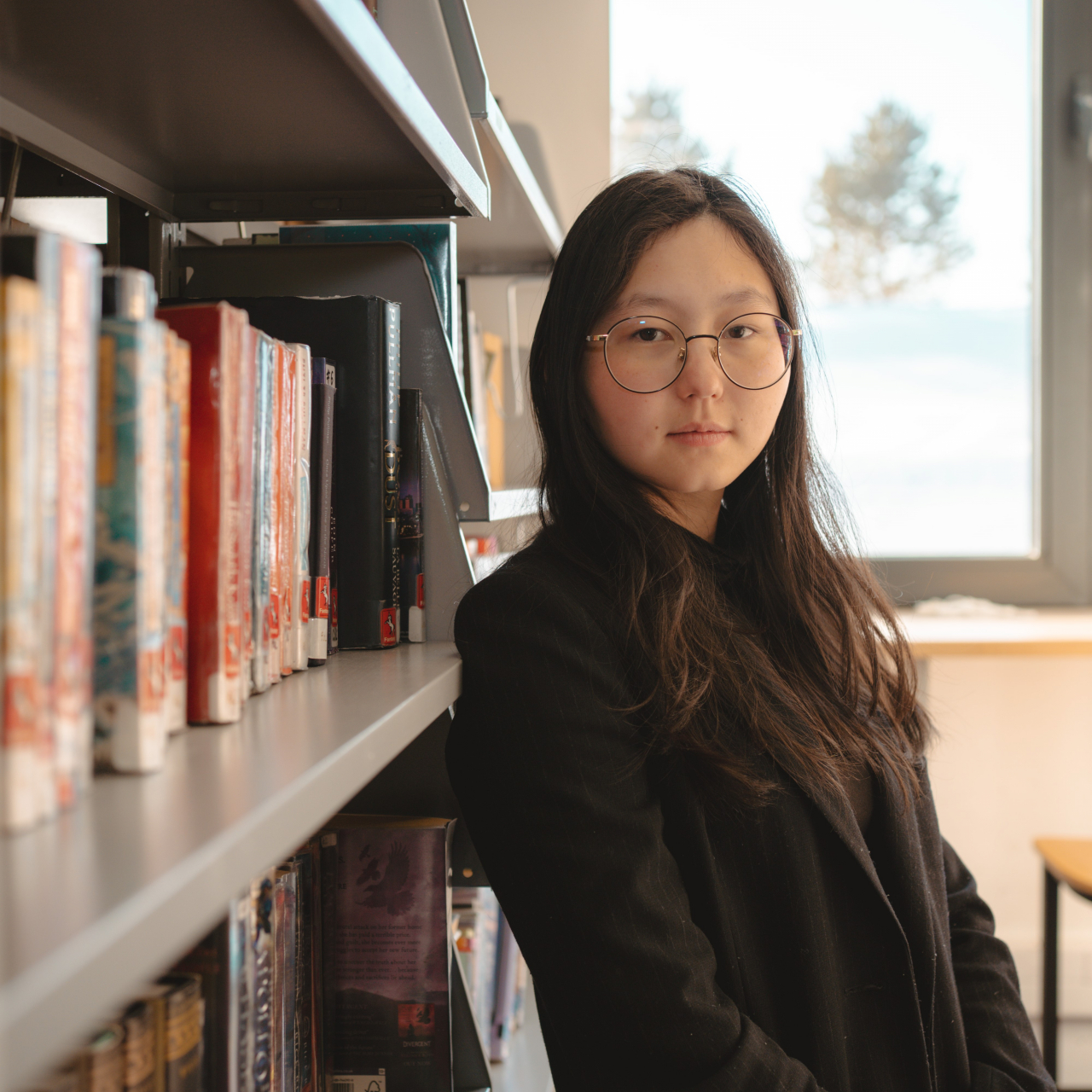 COBIS Award for Year 13 pupil at Haileybury Astana
Congratulations to Naira, a Year 13 pupil studying IB Diploma Programme at Haileybury Astana, who recently achieved runner-up position in the COBIS Poetry Competition.
Read More
Gold and Bronze Medals won in the USA
Olzhas and Adilkhan, Year 12 students studying the IB Diploma Programme at Haileybury Astana, won gold and bronze medals in the American Mathematics Contest (AMC) respectively.
Read More
This website use cookies. By continuing to use this website, you consent to our use of these cookies Learn more
Accept